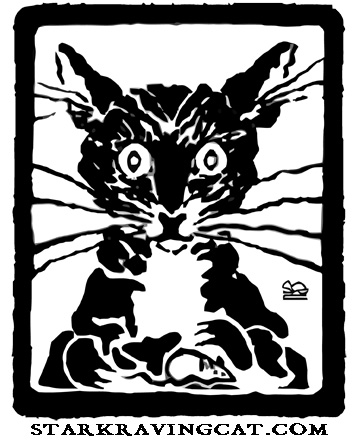 Kate is also author of eight books, and started FoodWine.com in 1994.

This...cookbook includes preparation tips ("no soggy bottoms!") and fifty recipes, including versions with chickpeas and chutney; Portuguese sausage and artichoke hearts; Thai red curry paste and peanut sauce; and caviar, cream cheese, and chives. The author, who grew up in Texas, notes that the French "would probably utter 'Sacrebleu!' to see a majestic monastery cheese such as Pont-l'Eveque or a delicately nutty Gruyere de Comte adorn a nacho. But don't let that stop you." —The Texas Monthly

Originally published as a hardcover by Clarkson Potter, there's now a version for iPad and iPhone available at Apple's iBookstore. The version for Kindle and Kindle Fire is available at Amazon. Both include previews.

Caffeine Basics is an online book Kate wrote to cover the fundamentals of caffeine. Caffeine came without instructions. THIS is the missing manual.

The blog spotlights caffeine as it happens: updates, products, recipes, fun, research, science, medicine, practical news you can use. Spiced with commentary and opinion.

Coffee, tea and chocolate taste good (duh!). Eat and drink up in Recipes.

You're the star here: Chime in! Post comments, ask questions, stir up a conversation. Get buzzed at CaffeineAndYou.com.

"...when it comes to the green kitchen Kate Heyhoe is really the Green Goddess. A dynamic combination of Michael Pollan, Alton Brown, and Wonder Woman all rolled into one. After finishing this book you will definitely be convinced that you can help save the planet while preparing dinner every night." —Heather Jones, ProjectFoodie.Com, July 9, 2009

A Chicken In Every Pot

"A Chicken In Every Pot belongs in every kitchen! This cook's tour of international chicken dishes offers innovative recipes and cooking tips galore. I love Kate's FlavorPrints, scattered throughout the book, with insights into the ingredients, seasonings, and techniques that give each cuisine its distinguishing character. With these globe-trotting recipes, I could enjoy a pot of chicken every night." —James McNair, author of the bestselling Chicken and thirty-nine other cookbook titles

"Harvesting the Dream by Kate Heyhoe and Stanley Hock is that rare book: It exceeds the high promise of its title. Its chapters, insightful quotes and interviews, and independent commentary cultivate and harvest the exceptional story of Sutter Home Winery and the remarkable Trinchero family. The authors substitute puffery and spin with frankness and candor that are most refreshing, reflecting the family's honest appraisals and realistic view of the world. All the chapters, especially Part III, are a must read for those who wish to understand the present and future dynamics of the globalization of the world of wine." —John DeLuca, Executive Vice Chairman, Wine Institute

This slim cookbook is a testament to the gritty charm of barbecue legend Christopher "Stubb" Stubblefield, who opened a 'cue joint in Lubbock, Tex. in 1968. After a few years enjoying Stubb's restaurant, the chef's pals convinced him to bottle his barbecue sauce, and the recipes in this volume make ample use of Stubb's bottled brews, from the soulful Slow Cooked Rosemary-Garlic Pot Roast to the finger-licking Wicked Chimichurri Wings...From appetizers to entrees to sides and salads, almost every tasty-looking recipe begs to be tried; overindulgers can repent, however, by skipping the lackluster desserts, which include a Pecan Pie so sweet it makes even a devout pie-lover's teeth ache. —Publishers Weekly

The Stubb's Bar-B-Q Cookbook, published by John Wiley & Sons in 2007, is available at Amazon.

Kate is also author of A World Atlas of Food (McGraw-Hill, 2006), a culinary textbook for high schools, and Cooking with Kids for Dummies (IDG Books, 1999). Kate's books have been praised by Mollie Katzen (who also wrote a foreword), Martin Yan, Mary Sue Milliken, Graham Kerr, James McNair, Michael Chiarello, Marcel Desaulniers, and even America Online's founder, Steve Case, among others.

In addition to writing, editing and designing cat products, Kate is also an artist, producing Sugar Skulls containing elaborate dioramas, as well as Floating Collages, mixed-media works that include paper, wood and other materials. Please visit Inside My Skull to view them.

She has appeared in two national television satellite tours, as well as on CBS' The Early Show (Chef on a Shoestring segment), and other stations around the country. Hundreds of articles about Kate and/or FoodWine.com and The Global Gourmet have appeared in media as diverse as the New York Times, Wall Street Journal, USA Today, Time, Los Angeles Times, Parade, FoodArts; WOR, Bloomberg, and Sony World Wide radio networks. She has written for Better Homes & Gardens, Saveur, Cooking Pleasures, Chile Pepper, Great Chefs, and other magazines. She lives in the Hill Country near Austin, Texas.

"The editor, Kate Heyhoe, is one of the best food writers in the country. I try to visit the site often just to see what she's thinking."
—Mollie Katzen, TV host and Cookbook Author, writing in HEALTH Magazine's The 25 Best Web Sites for Women (April 2000)

Clearly, in the online food and cooking arena, Kate Heyhoe is a true pioneer, one who has set a standard of excellence and become an infopreneur role-model.
—Ted Leonsis, financier and former Vice Chairman, America Online, Inc.

A Chicken in Every Pot
Global Recipes for the World's Most Popular Bird
(Capital Books, 2003) 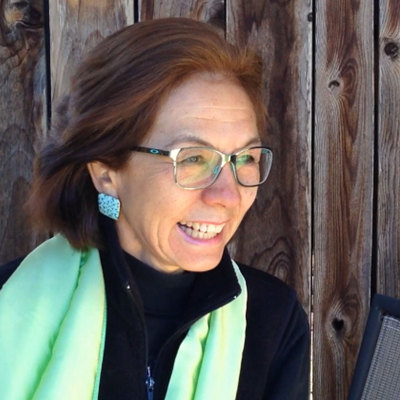